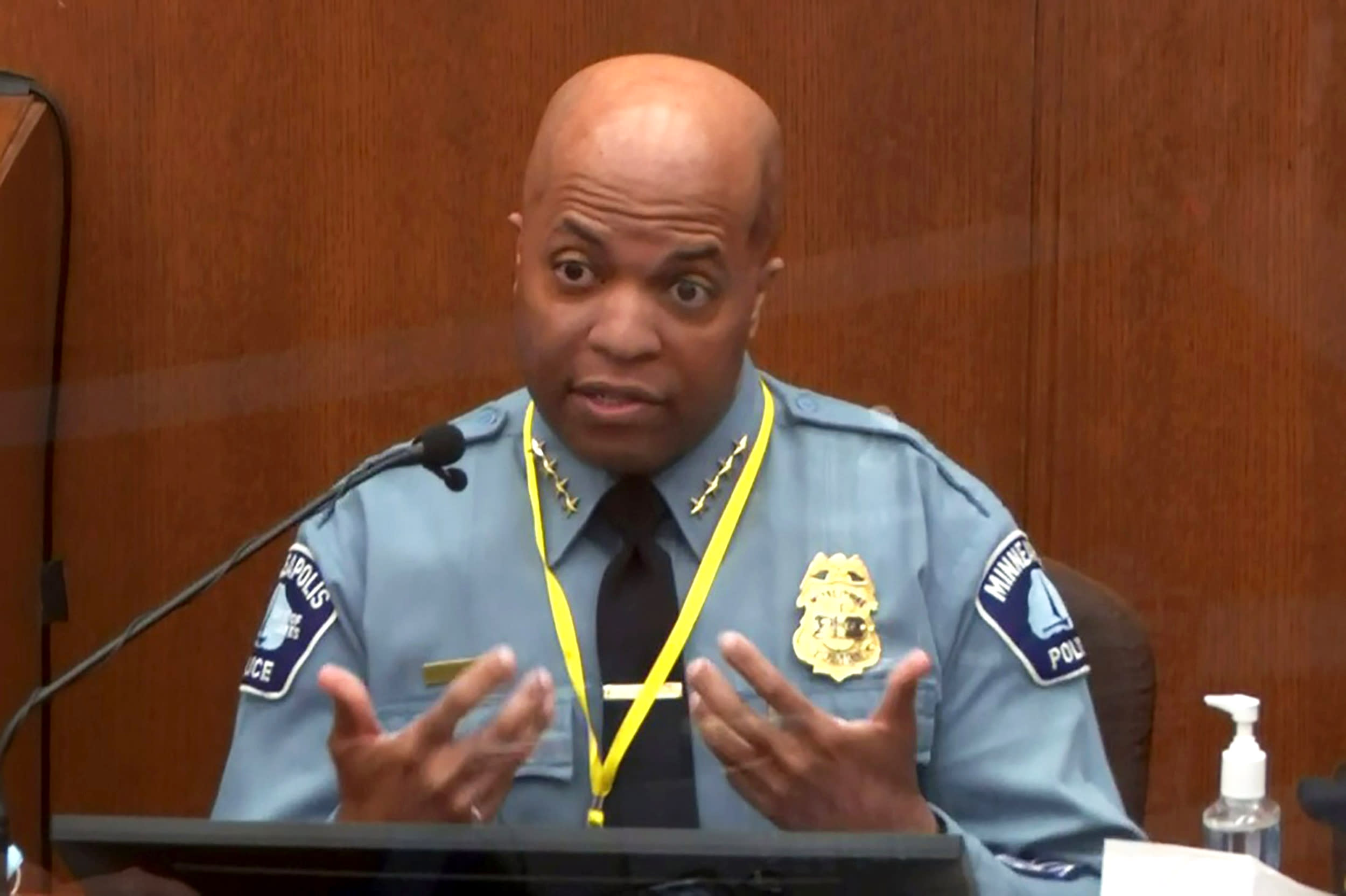 During his lengthy testimony Monday, the chief of the Minneapolis Police Department minced no words in condemning the actions of Derek Chauvin, the former officer who is charged with murder in the death of George Floyd.

“To continue to apply that level of force to a person proned out, handcuffed behind their back, that in no way, shape or form is anything that is by policy,” Chief Medaria Arradondo said. “It is not part of our training, and it is certainly not part of our ethics or values.”

Arradondo's testimony should have come as no surprise. In his opening statement, prosecutor Jerry Blackwell told jurors Arradondo would not hold back in his assessment that when Chauvin knelt on Floyd's neck for 9 minutes, 29 seconds last May, he used “excessive force.”

Still Arradondo's testimony was rare. That he was joined by a string of law enforcement officers was remarkable.

Among those joining Arradondo on the stand as prosecution witnesses were Lt. Richard Zimmerman, the longest-serving police officer in the Minneapolis Police Department, and Inspector Katie Blackwell, who at the time of Floyd's death was the commander of the training division.

Chauvin's former supervisor, Sgt. David Pleoger, also admonished his actions. Pleoger testified Thursday that, among other things, when Floyd “was no longer offering up any resistance to the officers, they could have ended their restraint” and that Chauvin did not initially divulge that he knelt on Floyd's neck.

Arradondo, Zimmerman, Pleoger and Blackwell did not protect Chauvin behind the so-called blue wall of silence for various reasons, legal experts say. The “blue wall of silence” is a term used to describe an unofficial oath among police officers not to report a colleague's wrongdoing, including crimes.