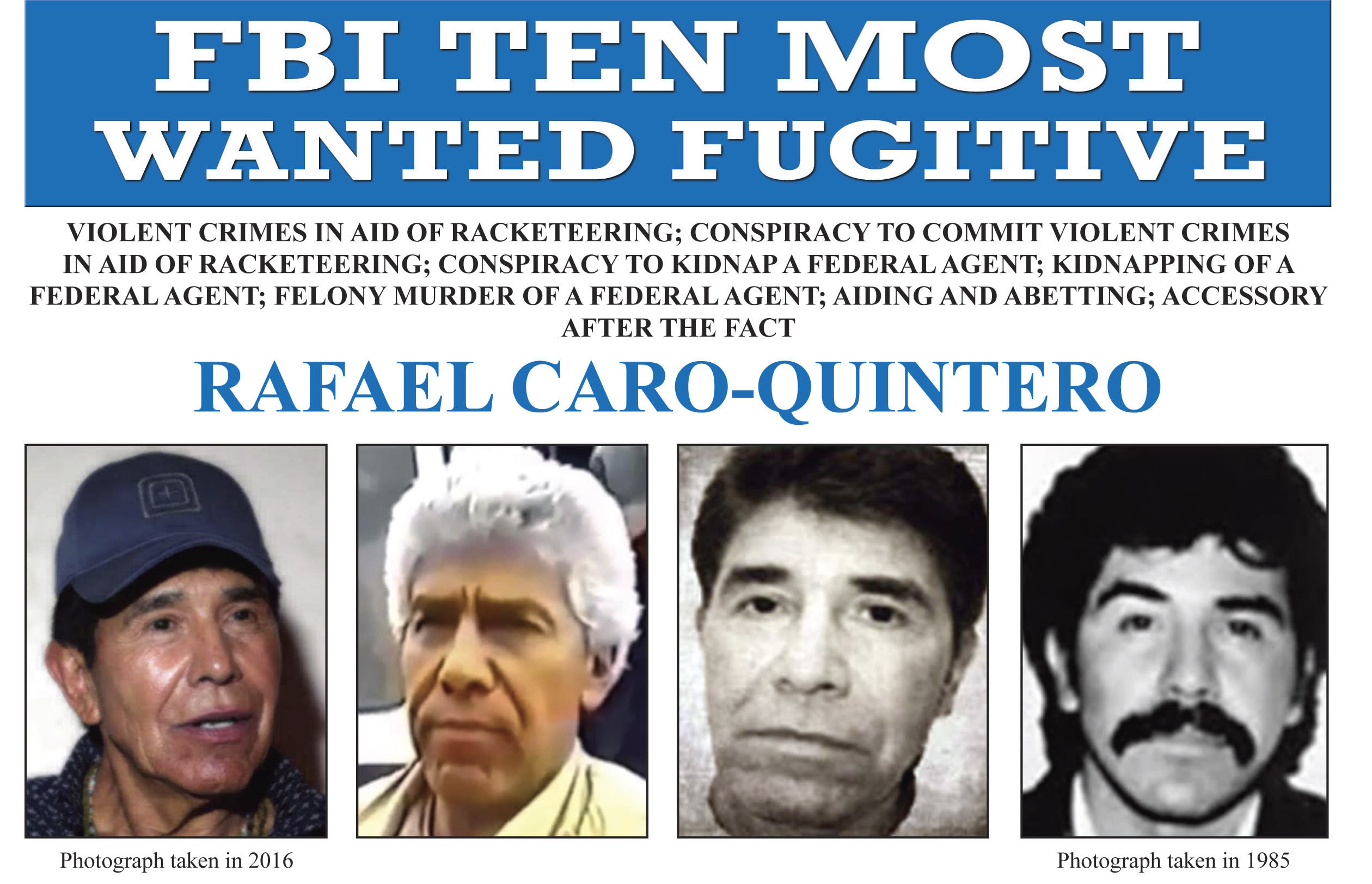 MEXICO CITY (AP) — Mexican President Andrés Manuel López Obrador on Wednesday defended the 2013 ruling that freed one of the drug lords most wanted by U.S. authorities, even though Mexico’s Supreme Court later ruled it was a mistake.

Rafael Caro Quintero walked free while serving a 40-year sentence for the torture-murder of U.S. Drug Enforcement Administration agent Enrique “Kiki” Camarena in 1985, and has since apparently resumed his role as violent drug trafficker.

Caro Quintero is at the top of the DEA's Most Wanted list, with a $20 million reward for his capture.