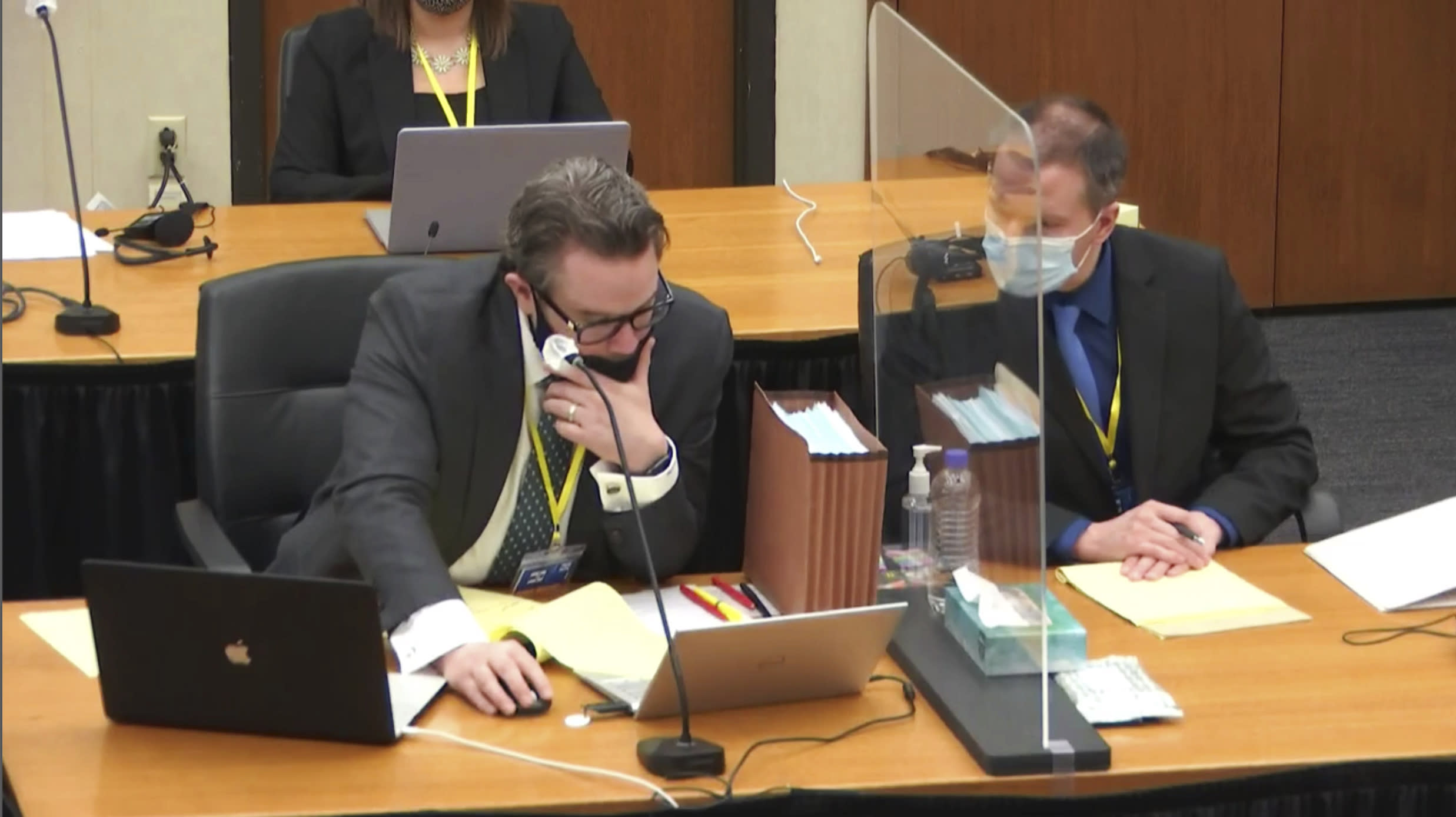 MINNEAPOLIS (AP) — The defense attorney for the former Minneapolis police officer on trial in the death of George Floyd tried Wednesday to show that Floyd yelled “I ate too many drugs” as three officers pinned him to the ground.

Attorney Eric Nelson didn't get the clear confirmation he was seeking, but he may have planted a seed in jurors' minds anyway as he seeks to sow reasonable doubt about the prosecution's case against Derek Chauvin.

Part of his strategy for defending Chauvin against murder and manslaughter charges has been to deflect responsibility for Floyd's death last May 25 away from Chauvin — a white officer who prosecutors say knelt on the Black man's neck for 9 1/2 minutes — and onto Floyd himself for using illegal drugs. An autopsy found fentanyl and methamphetamine in his system.