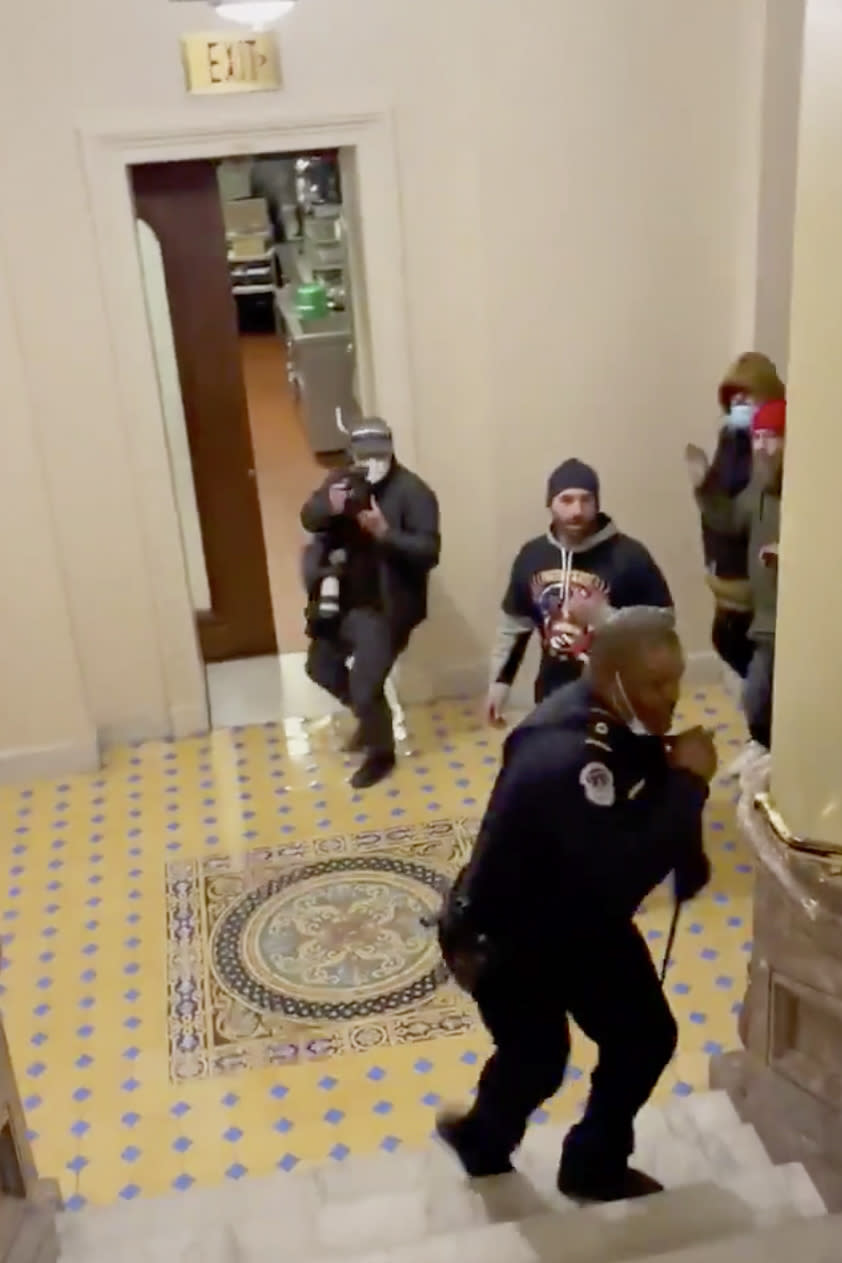 In the week since a mob laid siege to the U.S. Capitol, the House has impeached President Donald Trump. Dozens of people have been arrested nationwide over participation in the riots. Politicians and business leaders are loudly condemning the violence. Twitter and other social media sites have banned Trump and thousands of other accounts.

Yet amid all the noise, a Capitol Police officer hailed as a hero for confronting the insurrectionists and leading them away from Senate chambers has remained silent.

Officer Eugene Goodman isn't saying whether he thinks he saved the Senate, as many of the millions who've viewed the video believe. In fact, Goodman isn't saying anything at all publicly — not to reporters, not on social media. And he's asked the force's union, bosses, family and friends to help him maintain his privacy and not publicly discuss the events of Jan. 6.