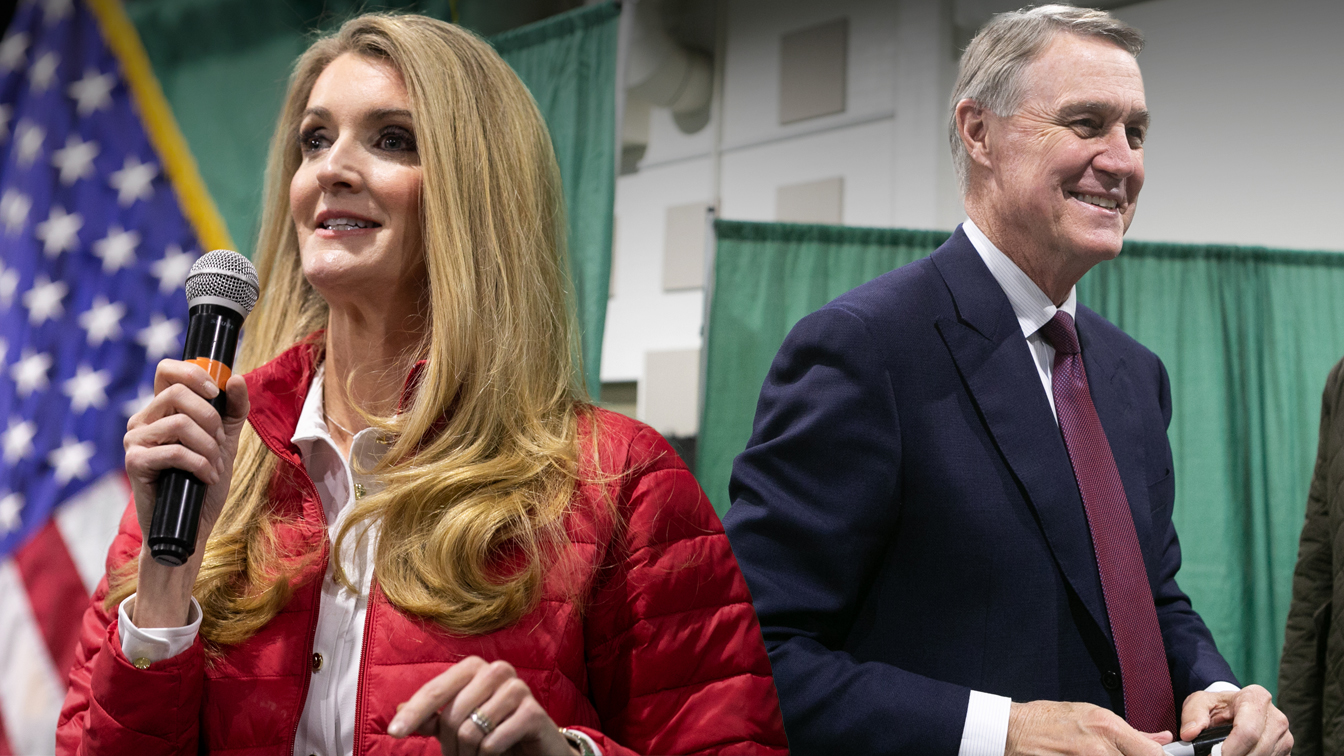 CANTON, Ga. — In the high stakes runoff election for two U.S. Senate seats that will decide which party controls the chamber under President-elect Joe Biden, incumbent Republican Sens. David Perdue and Kelly Loeffler are looking to bring in big GOP names to stump alongside them, while Democrats are choosing to keep things local.

On Friday, Loeffler and Perdue were joined by Vice President Mike Pence in Canton, Ga. to a raucous outdoor crowd of more than 1,000 supporters. While Pence stopped short of conceding the general election, which has been called by Associated Press and other media outlets for Biden, Pence made a tacit acknowledgement that if Democrats Raphael Warnock and Jon Ossoff were victorious, the resulting 50-seat tie would be broken by Vice President-elect Kamala Harris.

On Thursday, Loeffler and Perdue held a joint indoor rally in front of a smaller crowd of about 150 at the Georgia National Fairgrounds in Perry, Ga. alongside Arkansas Sen. Tom Cotton, who made a similar admission.

“Sometimes the Lord works in mysterious ways,” Cotton said. “He’s giving the people of Georgia the chance not just to vote for your senators … he’s giving you the opportunity and the honor to hold the line and make sure Republicans remain in charge in the U.S. Senate.”